Blake was born in 2006 in Ballarat, Victoria. On the day of his tenth birthday party, his parents noticed unusually large bruises on his arms and legs. Concerned, they took Blake to see the family GP. A blood test showed that the situation was dire – he had no platelets in his blood and was bleeding out internally. His parents were told to get him to the hospital immediately. A few days later, Blake was diagnosed with severe aplastic anaemia, an aggressive form of bone marrow failure.

In 2017, Blake had a bone marrow transplant and spent much of the year in hospital. He faced complications from both the severe aplastic anaemia and the treatment he received. One of his heart valves was severely damaged, his digestive system cell membrane began to break down, his kidneys started to fail, his bones became brittle, and he temporarily lost his vision. But he never stopped fighting.

Since 2018, life for Blake has been a roller coaster. While some aspects of his disease are now under control, he is still far from out of the woods. Because his body doesn’t produce immunoglobulin (antibodies), he is severely immune compromised and requires monthly transfusions. In 2021, Blake was admitted to the Royal Children’s Hospital more often than any year since 2017. Specialists are still at a loss as to the treatment required to cure his illness. 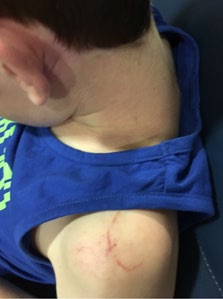 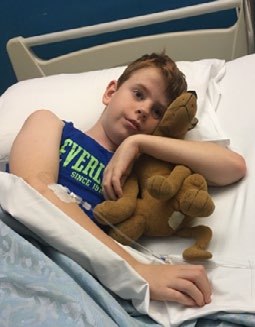 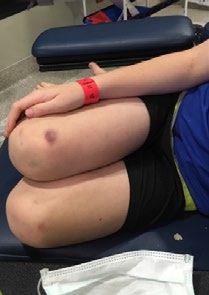 “THE INCREDIBLE FIGHT THAT BLAKE HAS DISPLAYED NEEDS OUR SUPPORT” What is bone marrow failure?

BMFS are rare, complex and highly debilitating diseases, and diagnosis is often slow and difficult. Approximately 160 Australians are diagnosed with BMFS each year and, distressingly, most of them are children and young adults. Treatment is so aggressive that it often leads to other ongoing health issues.

Sadly, 50% of people diagnosed with a BMFS will die from the condition. This is not acceptable. Currently, the only curative treatment is a bone marrow transplant, which carries inherent risks and complications.

As per the Australian Business Register, Blake’s Army Limited is DGR (Deductible Gift Recipient) certified meaning that all donations of $2 or more are fully tax deductible.

To confirm the Blake’s Army Limited charity status, click on the following link to the Australian Business Register: